SOMETHING’S WRONG WITH MY BREASTS

Something Is Wrong With My Breasts – Signs & Symptoms

Problems, disorders or diseases of the breast are related to the types of cell that are found in the breast and the specific disease processes that are capable of affecting those cells.

There are several ways a woman will know she has a breast problem. These are known as signs and symptoms. Signs are things that can be seen by a patient and her doctor, such as a mass or redness of the skin.  Symptoms are things that only patients can experiences such as itching or pain. If you suspect anything may be wrong with your breasts, seek the best expert treatment for breast cancer symptoms Houston has to offer with Dr. Miltenburg and the team at Breast Health Institute Houston.

1.  Cells Found In The Breast

This is also known as malignancy. Basically, mutations in the DNA of normal cells result in the development and growth of cancerous or malignant cells which are then capable of invading adjacent structures and spreading or metastasizing to other organs and that is what makes cancer deadly. There are several types of breast cancer.

Under the influence of female hormones, cells can undergo changes that result in a benign mass or lump or knot. Benign is the opposite of malignant.

Fibroadenoma This is the most common benign mass, especially in young women. It results from changes in the stromal cells or collagen.  The mass is usually well defined, has smooth borders, and is mobile. It may or may not be tender. It is not uncommon to have more than one fibroadenoma.

Fibrocystic Changes
This is a term used to encompass several benign, often hormone-related changes and includes hyperplasia, sclerosing adenosis, radial scar, and papillary lesions. They can cause breast lumps or areas of thickening or asymmetry and do not increase the likelihood of cancer in the future. 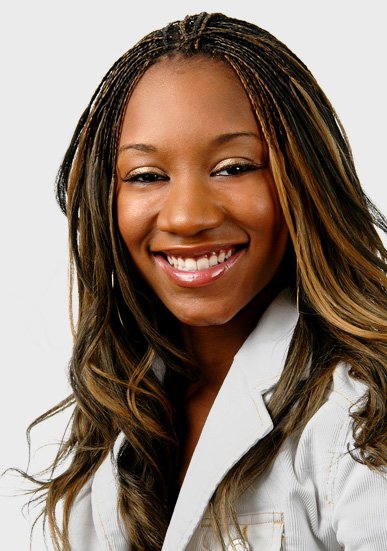 Cysts
Simple breast cysts are very common. They are benign and do not increase the risk of developing breast cancer in the future. Milk ducts contain a little bit of fluid, even if a woman is not breast-feeding. If a milk duct closes off, which can happen under the influence of hormones, fluid can accumulate causing the duct to expand like a water balloon and form a cyst. Cysts fluctuate, a large one can develop overnight and they can be painful.  Although one can suspect that a mass is due to a cyst on physical exam or mammogram, the diagnosis can only be confirmed with an ultrasound (sonogram).

Cyclical Pain / Tenderness
Breast pain and/or tenderness that occurs in the middle of the menstrual cycle and/or before menses and then resolves is often due to hormone fluctuations and is almost always normal.  It can be experienced inbothbreasts, one breast or one particular area of the breast. In young women the pain is frequentlythe upper, outer quadrant. In cases of cyclical pain / tenderness, the breasts should be examined by an experienced nurse or doctor. If there are no suspicious findings, it’s usually safe to follow the patient.

Continuous Pain / Tenderness
Continuous breast pain and/or tenderness are usually investigated with mammogram, ultrasound and a breast examination to rule out cancer and mastitis. If imaging and physical examination are normal, the patient can usually be watched. I will often re-examine the patient in 3 months to be certain I’m not missing anything.

If I had a penny for every woman who told me she had fibrocystic breasts I could retire! (See “Fibrocystic changes”)

Patients often tell me they have dense breasts and when I ask them what they mean by that they are often at a loss for words. Breast density refers to the ratio of glandular breast parenchyma (the tissue that is capable of making milk) to fat that is found in a breast. This can only be determined on a mammogram. It is not something that can be accurately or consistently determined on physical exam.

The American College of Radiology, as part of the BI-RAD system see “My mammogram is abnormal” has 4 classes of breast density and it should be mentioned in the first part of a mammogram report. Density can change over time such as when a woman goes through menopause, has a significant weight change either way or starts taking hormone replacement. Just because the breast are fatty does not mean the patient is fat.

BI-RAD Density 1: Fatty Replaced
The breast is almost entirely fat and there is very little glandular parenchymal tissue. This is a good thing because the mammogram is very sensitive in fatty beasts and is very likely to detect an abnormality.

BI-RAD Density 3: Heterogeneously dense
There is more glandular parenchyma and fibrous tissue than there is fat.

Dense breasts  (density 3 and 4) are slightly more likely to develop breast cancer and mammograms are not as sensitive as they are in fatty breasts.  In dense breasts, mammographic changes made by cancer can be covered up (obscured) by the dense parenchyma. There is not much a woman can do to reduce her breast density. If she is taking hormone replacement therapy after menopause, stopping this may help. But this move should not be done without consulting a gynecologist.

There are other radiological tests available to screen women with dense breasts see “My mammogram is abnormal”.

Infection in the breast is called mastitis.

Lactation-Related Mastitis
The most common cause of breast infection or mastitis is breast-feeding lactation. This is known as lactational or post-partum or puerperal mastitis. In incidence of mastitis varies widely from one study to the next but it is relatively common. Very soon after a baby is born, his or her mouth becomes colonized with bacteria. This is normal. When a baby latches on to the nipple, bacteria from the mouth can enter the breast through the milk ducts and cause infection in the breast. Mastitis is more likely to occur when a milk duct is blocked or the breast is not completely empty after feeds or pumping or the nipple is cracked. Mastitis in breast-feeding women usually causes fever, chills and breast pain.  Mastitis is diagnosed based on the patient history, which is the history the patients gives the nurse or doctor and findings on physical exam.  It is treated with antibiotics that are safe for the baby (such as Dicloxacillin or clindamycin in patients with a penicillin allergy. The patient is encouraged to continue to breast-feed. It’s important to keep the milk flowing. Just because a woman has mastitis with one child does not mean she will have it with other babies.

Non-Lactational Mastitis
Breast infection can occur in non-lactating women. In these cases, infection may be due to squamous metaplasia of the milk duct. This is also known as Zuska’s disease, which is a disorder of the nipple. Normally milk ducts are lined with ductal cells but in the case of squamous metaplasia, the ductal cells are replaced by squamous cells skin cells. The bacteria normally found on the skin crawls along the squamous cells and when the duct becomes blocked with squamous cells it can rupture, allowing bacteria to enter the breast tissue parenchyma and results in mastitis. In these cases, the infection occurs close to the nipple and sometimes the nipple is inverted.  The tract between the nipple and the infection must be identified and removed or the infection will recur.  I have a lot of experience with this condition and in many cases the infection and the underlying condition can be treated with a single operation.

If mastitis progresses, it can develop into an abscess which is a collection of pus. Pus is made of dead white blood cells (blood cells that fight infection), tissue debreiswith or without bacteria. This diagnosis should be confirmed with an ultrasound. Mammogram is usually too painful because the breast has to be compressed!

A confirmed abscess can be treated initially with needle aspiration and antibiotics specific to the bacterial organism cultured from the abscess fluid. Another option, especially if the pus re-accumulates after aspiration, is incision and drainage. In these cases the wound cannot be closed because the infection will re-occur. The wound has to be packed daily until the wound heals. There are various materials that can be used to pack the wound. Many patients want to continue to breast feed (and I encourage this) after incision and drainage (I&D) but the milk often drains out of the incision which delays healing. In these cases I often use a wound vac and have had many happy moms and babies using this technique.

Granulomatous Mastitis
This is a rare disorder.  It is characterized by breast pain, redness erythema, warmth and severe breast pain and tenderness.  But unlike mastitis due to breast-feeding or squamous metaplasia of the milk duct, these women usually don‘t feel well other than having severe breast pain. There is no fever, chills, or flu-like symptoms constitutional symptoms.  Untreated, this condition usually results in sterile fluid collections that drain spontaneously.  This condition can continue for months or years. Undiagnosed, patients often undergo one or more operations without resolution. The exact cause etiology is unknown. It used to be considered am autoimmune disorder but more recently it is thought to be due to a mild bacterial  infection with corynbacteriumkroppenstedtii.

If the nipple is squeezed, it is very common to see a drop of fluid come from one or more milk ducts in the nipple. The fluid color can be white, yellow, green, brown, black. It can be clear or even bloody.  As long as there is only a drop or so and it only comes out with squeezing, this type of nipple discharge is considered physiological or normal.

Nipple discharge that occurs spontaneously, consistently every day or several times a week and comes for a single duct in one nipple, regardless of the color, whether or not blood is present, should be investigated.

Spontaneous milky discharge from both breasts may be due to a prolactinoma and should be evaluated.

Itching Of The Nipple And / Or Breast
This is a relatively common condition that can be very aggravating. It merits investigation but in and of itself, is usually not a sign of a serious breast condition.

Ten percent of women have inverted nipples either bilateral or unilateral. If it has been present for many years and has not changed it’s probably congenital (something a woman was born with).

New progressive nipple flattening or inversion may be a sign of cancer and should be investigated.  Even when breast imaging is normal, this sign should not be ignored.

I.  Skin dimpling or distortion

In the absence of a scar, new dimpling or distortion of breast skin should be investigated.  Even when breast imaging is normal, is sign should not be ignored.

These findings may be related to benign disorders such as infection but could be related to cancer and should be investigated. Even when breast imaging is normal, these signs should not be ignored.

K.  Problems in the axilla or armpit

A big part of a breast surgeon’s practice is evaluation and treatment of problems in the armpit or axillae. Signs / symptoms in this area are often swelling or skin conditions.  The cause of these problems varies from congenital to infectious to malignant. While the diagnosis is usually confirmed with imaging and tissue diagnosis, the cause of the problem can often be made with physical exam alone.