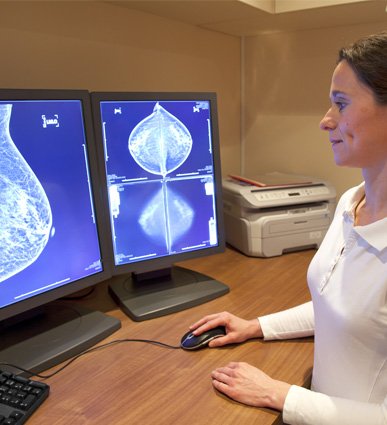 My Mammogram Is Abnormal

Sometimes, a woman will not have any signs or symptoms in her breasts. She will only know she has a problem after having a screening mammogram. Get the best testing for an abnormal mammogram Houston has to offer with Dr. Miltenburg and the team at Breast Health Institute Houston.

Despite periodic controversy regarding mammograms, there is reproducible scientific evidence that routine screening mammograms reduce the number women who will die because of breast cancer.

No one really knows when to stop screening mammograms but if a woman cannot cooperate with a mammogram or subsequent biopsy, , such as someone with dementia, or has a life expectancy less than 5 years, she should probably not have screening mammograms. However, any woman who has a breast sign or symptom such as a mass or nipple inversion should be referred to a specialist.

Screening mammogram is done when a woman has no breast symptoms. In this study 2 X-rays views are taken of each breast. Recently 3D mammograms (tomosynthesis) have been shown to be more specific in women with dense breasts and reduce the number of negative biopsies.

When a woman has a sign or symptoms such as a mass, a dimple, or new-onset nipple inversion, she should have a diagnostic mammogram. So when you get your mammogram, be sure and tell the mammography folks if you have a problem because you will get a different type of mammogram.

It is very important to recognize that mammograms are not perfect. Just because your mammogram is reported to be normal, doesn’t mean you don’t have a problem.  10 to 15% of breast cancers are not detected on breast imaging.  That’s not just me, radiologists will tell you this as well.  As a matter of fact, you will often find the following disclaimer at the bottom of a normal diagnostic mammogram and / or breast ultrasound report performed for a palpable mass:

“10–15% of breast cancers cannot be disclosed on mammography. If a palpable mass is present, a normal mammogram should not dissuade additional evaluation.”

In my career I have seen a significant number woman whose breast was completely replaced with cancer yet the mammogram, ultrasound and MRI were all normal. If you are experiencing a sign or symptom it’s probably a good idea to get it checked out by an expert.

I cannot emphasize this enough.

What Is Your BI-RADS score?

BI-RADS stands for Breast Imaging Reporting and Data System. It is used by radiologists to describe what they see on a mammogram (and sometimes breast ultrasound and breast MRI) and tells the doctor what needs to be next. The score goes from 0 to 6 and it is usually found at the end of the radiologist’s report.

This means the radiologist sees something and needs to compare the mammogram to previous mammograms or that additional mammograms or an ultrasound is necessary to further define a suspicious area. 9 out out ten times the area of concern gets resolved.

This means the radiologist did not see anything suspicious and that you need another screening mammogram in 1 year.

The radiologist saw something but it looked benign such as a normal calcification or a biopsy-proven fibroadenoma. Nothing needs to be done, just another screening mammogram in 1 year.

An abnormality is seen but there is a 98% chance that it is benign. In these cases it is recommended that the mammogram (and ultrasound if appropriate) be repeated in 6 months. If the area of concern does not change, it can be followed with a mammogram every 6 months for a total of two years and if there are no changes after 2 years, the patient can resume yearly screening mammograms. If the area changes, a biopsy is usually recommended.

The mammogram shows a lesion that needs to be biopsied. The lesion has an 80% chance of being benign and a 20% change of being malignant. Sometimes the radiologist will break it down to 4A, 4B or 4C but they all need to be biopsied.

The radiologist sees something that is very suspicious for cancer and a biopsy needs to be performed. There is a 95 to 98% chance that the lesion is malignant and a 2 to 5% chance that it is not.

The patient has had a biopsy that showed cancer and undergoes more imaging. Regardless of the findings on the additional images, the BI-RADS category is 6. An example of this is a woman who has a breast MRI to help plan treatment after being diagnosed with breast cancer.

One in 10 woman will be “called back” after a screening mammogram for additional mammographic views and / or an ultrasound (US) also known as a sonogram (they are the same thing). Don’t panic. This means the radiologist sees something that needs to be clarified. 9 times out of 10 the area turns out to be normal and nothing needs to be done other that another screening mammogram in one year. However, 1 in 10 woman called back will be recommended to have a biopsy. 80 to 90% of the women who have a biopsy will have benign results, 10 to 20% will have cancer.

Mammogram In Women With Dense Breasts

About 40% of women have dense breasts. Breast density can only be determined on imaging (not physical exam) (see “Something’s wrong with my breast”).  Mammograms are less sensitive in dense breasts and women with dense breasts are a little more likely to develop breast cancer.  Henda’s Law requires that, when a mammogram shows dense breast tissue, the mammogram report must include the following statement:

“If your mammogram demonstrates that you have dense breast tissue, which could hide abnormalities, and you have other risk factors for breast cancer that have been identified, you might benefit from supplemental screening tests that may be suggested by your ordering physician. Dense breast tissue, in and of itself, is a relatively common condition. Therefore, this information is not provided to cause undue concern, but rather to raise your awareness and to promote discussion with your physician regarding the presence of other risk factors, in addition to dense breast tissue. A report of your mammography results will be sent to you and your physician. You should contact your physician if you have any questions or concerns regarding this report.”

Henda’s law does not require the radiation facility or your physician to make you aware of this (it’s up to you) and it does not require that your insurance company pay for supplemental screening (although they may, you will have to check.)

Mammogram In Women With implants

Patients often ask if mammograms are still useful in women with implants and the answer is yes.  Here’s the scoop:

How much radiation does a mammogram produce?

Can a mammogram cause cancer?

Is mammogram safe in pregnancy?

As a general rule, it is not recommended that pregnant women have screening mammograms. However, if a pregnant patient has a clinically suspicious mass and the mammographic findings would change management, a mammogram can be performed because the risk to the fetus is very low. Otherwise an ultrasound is always safe. 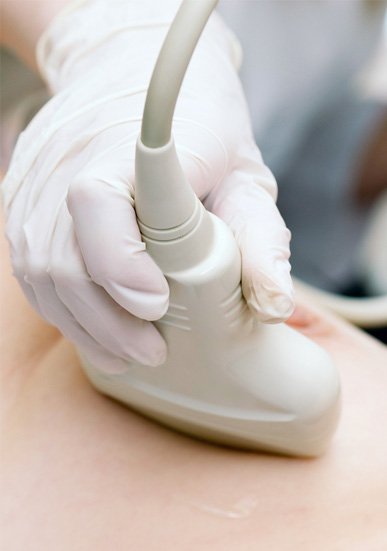 Also known as a sonogram, an ultrasound does not produce any radiation. Instead, a sound wave is passed into the breast, hits tissues of different densities and bounces back (echo) to the transducer, producing an image on the radiologist’s monitor. Unlike a mammogram, ultrasound (US) can produce a dynamic (movie-like) image. If a mass is seen on a screening mammogram of if a mass, lump, knot is felt in the breast, an US is often ordered.

So why not do screening US instead of and/or in addition to screening mammograms (see “Mammogram in women with dense breasts”)? It is an option and sometimes an US will see cancer when the mammogram is normal, especially in dense breasts, but it is time-consuming and has a high false-positive rate (detecting lesions that end up being normal).Studies have shown that bilateral whole breast ultrasound performed on women with BI-RADS 3 to 4 density detects around 3 more cancers for every 1000 women screened. 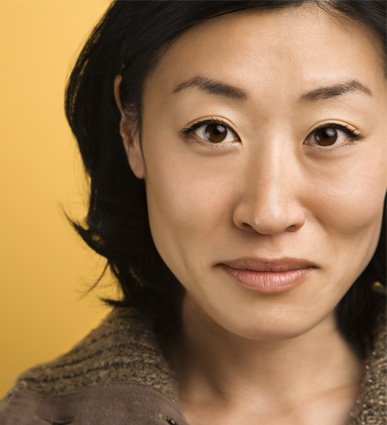 Magnetic Resonance Image (MRI) does not use radiation. It uses a magnet. A breast MRI evaluates both breast and both axillae (arm pits). MRI of the breast is a little different than a MRI of other parts of the body. An IV (intravenous line) is started and the patient is given intravenous Gadolinium (a contrast agent). The patient lies on her abdomen and although her body is in the scanner, her head is not so claustrophobia is not a big issue. The patient has to lie perfectly still for about 45 minutes. Sometimes a Valium tablet can help. Ask the doctor who ordered the MRI or the radiologist for Valium before hand but only take it after you sign the consent form in the radiology department.

Breast MRI looks at the blood flow. Cancer cells divide faster than normal cells and need more blood to bring oxygen and nutrients. MRI visualizes the abnormal blood vessels. It also generates grafts that look at how the blood flows into an area and washes out. Altogether, over 1,000 to 2,000 images and blood flow graphs are generated so it takes a few days to get the results. It is important that the radiologist interpret the MRI in conjunction with the mammogram and ultrasound.

MRI can be useful in patients with cancer who are considering breast conservation surgery (see surgical options) because it helps evaluate the extent of disease, determine whether or not there are other lesions in the cancerous breast and evaluate the contralateral (other or non-cancerous) breast.

MRI is also helpful to determine the distance between cancer and the nipple when skin and nipple sparing mastectomy is being considered.

Other indications include cases where breast cancer is in the axillary lymph nodes but there is no primary (original) tumor in the breast, when there is a discordance (discrepancy) between mammogram and ultrasound findings, and in woman at high risk for developing breast cancer.

MRI may not be possible (contraindicated) in women with metal in their body (knee replacement, pacemaker), those who cannot tolerate lying prone (on the tummy) with their arm above the head for 40 minutes or so, or patients exceed the weight limit of the table.

All these breast scans involve the use of radioactive tracers.

Positron Emission Mammography (PEM) is similar to positron emission tomography (PET) andis designed specifically for the breast. It can be used in patientswith biopsy-proven cancer in whom MRI is not possible. Some experts find PEM easier to interpret than MRI because fewer images are generated.

Breast Specific Gamma Imaging (BSGI) and Molecular Breast Imaging (MBI) can be helpful to investigate suspicious findings on mammogram and ultrasound but they are not intended as screening tools.

Cancer cells divide faster than noncancerous cells and therefore need more food and oxygen. This results in increased blood flow to areas of cancer, which in turn causes heat. Thermography uses infrared light to detect subtle temperature changes.  The problem is that benign breast lesions can also cause rises in temperature and that if a suspicious area is seen, there is no way to localize and biopsy it.