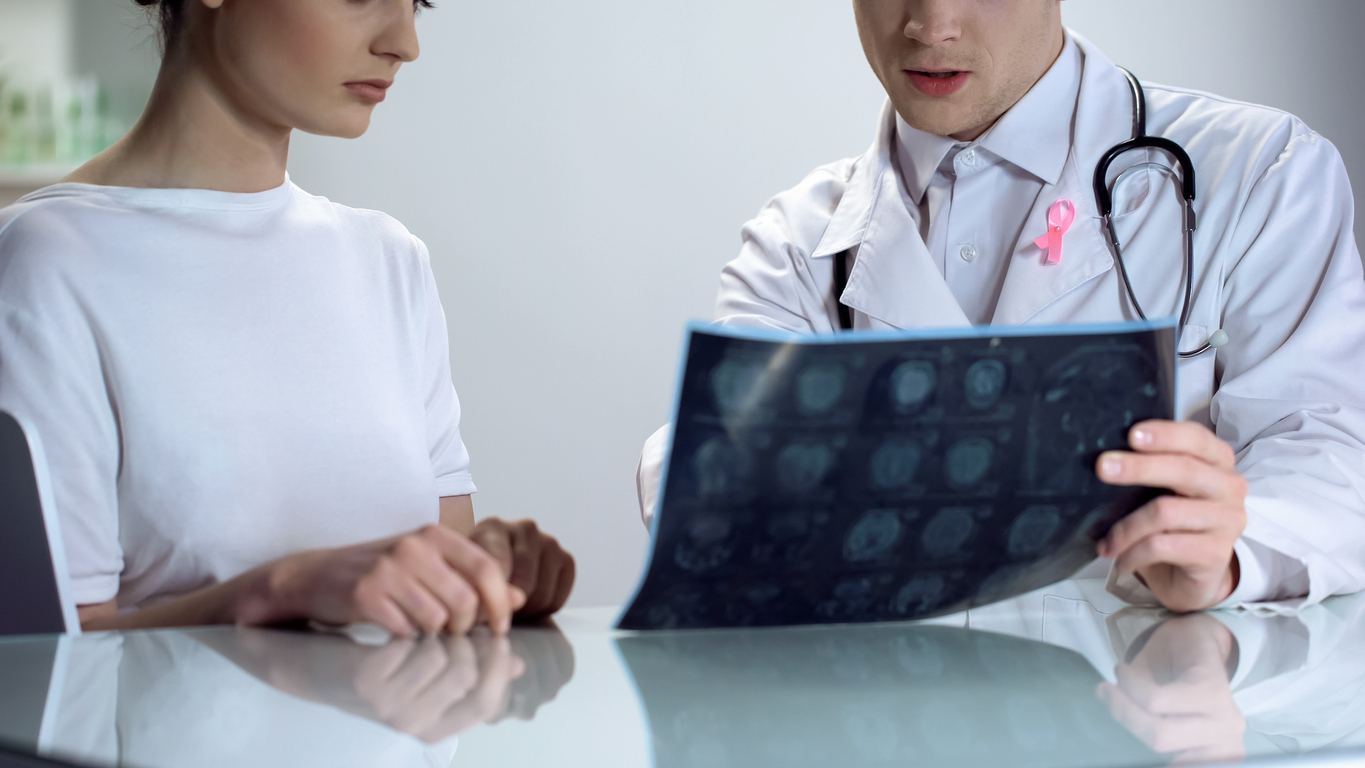 Getting routine breast exams is an important task for women that is often swept to the way-side. Many people avoid going to a doctors office altogether because they’re scared of receiving bad news. However, mammograms are extremely important because they help detect breast cancer early on. Reading a mammogram is difficult and always best explained by a radiologist or your doctor. It’s important to know what you are looking for and what it may mean for your health. Here’s a better look at how you can better read your own mammogram in Houston.

Many people who get mammograms tend to concern themselves only with the images that may indicate breast cancer. However, it’s important to understand what normal tissue on a mammogram looks like in order to understand the difference. In general, you will see both a black and white area on the screening. The black area refers to normal fatty tissue while the white area is a closer look at denser breast tissue.

When women get older, their breasts generally become less dense. So these white areas will be smaller and more translucent than those with denser or younger breasts. In addition, it’s easier to find any abnormal lesions or lumps when breasts are less dense. This is why most women don’t get their first mammogram until they are around the age of 40. It’s also important to get a mammogram around this time because your breasts change over time. Lumps, cysts, or calcifications can still form in the healthiest of people, especially after childbirth.

Women who haven’t had children or are younger will have denser breast tissue. These white areas will be less translucent and a little harder to read on a mammogram. In an image such as this, these white light areas are what contain the ducts, lobes, etc on a breast. If it’s difficult to find any masses or calcifications on this area because of how dense it is, it may be necessary to conduct a breast ultrasound in order to get a closer look.

Dense breasts are not uncommon or a bad sign for mammograms — all it means is that your breasts contain less fat. This does not mean that they will feel any particular way, it is just a way of describing a mammogram image. Although, studies have shown that women with dense breasts have a higher risk of developing breast cancer. If a mammogram or ultrasound don’t seem to do the trick in presenting a clear image, it may be in your best interested to get an MRI. An MRI is the most thorough way of deciphering any hard outlines in dense breasts.

To learn more about receiving a mammogram in Houston, get in touch with the Breast Health Institute of Houston today!

Breast calcifications are bits of calcium that show up in clusters or ductal patterns around the milk ducts of the breast. While calcifications are abnormal, they are not a cause of alarm as they are not always cancerous. However, they can still be an early sign of precancerous cells and should be taken seriously regardless. On a mammogram, they present as white dots in a cluster. Radiologists can also determine what these calcifications may indicate by their shape or pattern. For example, if they resemble a popcorn-like pattern or shape they are usually benign, while linear, straight-lined calcifications should be monitored closely.

Fibrocystic tissue is another thing to look out for. Cysts in this area present as a dense mass or thickened area on a mammogram. Sometimes you can even see the ducts. Cysts are not always a sign of a problem or cancer, but they may cause lumps or pain in the breasts. A radiologist can also easily drain a cyst by placing a needle in it.

When a tumor presents itself in a mammogram, it will look like a very dense white area. It is similar to a cyst, however, it will often stand alone whereas a cyst usually comes in clusters. In addition, the dense white area of a tumor is even more dense and white than that of a cyst. A mass of abnormal cancer cells makes up the tumor. It may spread to other parts of the body, which is why it’s extremely important to get a breast exam.

If there is an image that resembles a cancerous tumor on your mammogram, you should absolutely continue with further tests to determine its presence. At the same time, it’s important to note that up to 20% of breast cancers are not seen on a mammogram alone.

Take a look at some mammogram images here.

Remember to schedule your routine mammogram in Houston with the Breast Health Institute of Houston today.