What is Cancer? / Definition of Cancer

Cancer is a disease of cells. When something happens to a cell such that it grows abnormally and does not behave the way it’s supposed to, the cell is considered cancerous or malignant.

Cells are not supposed to live forever. Every cell is programmed to die at a specified time (this is called apoptosis). For example, red blood cells live about 120 days and skin cells live about 30 days. New cells are born and replace the dead ones but sometimes, due to an inherited genetic predisposition or something we’re exposed to in the environment, or a combination or both, something goes wrong in the new cell’s DNA. A codon falls off or a base pair gets switched and the new cell is not completely normal. It doesn’t look like it’s supposed to and, more importantly; it doesn’t act like it’s supposed to. The abnormal cell divides and gives rise to 2 cancer cells, those two divide and now there are 4, four divide and make 8, then 16,32,64, 128, etc. This process is called doubling time and it describes how cancer grows. Over time the exponential cell division results in an abnormal growth or tumor.

Instead of working in cooperation with the cells around it, cancer cells grow or multiply faster than they should and over time begin to invade the tissues surrounding it. In addition to the invasion of adjacent structures, cancer cells can also break off, enter vessels (blood or lymphatic channels), float downstream and start growing in places where they were never intended to be such as lymph nodes, bones, the lung, liver, etc. Malignant cells that take up and grow in other organs are called metastases.

What is a Tumor? / Definition of Tumor

A tumor is an abnormal growth of tissue. It occurs when cells divide or grow/divide more than they should or do not die when they should. Tumors can be malignant or benign. Malignant is bad: without treatment, a malignant tumor will probably kill you. Benign is good: benign tumors will probably not kill you.

What does Malignant mean? / Definition of Malignant

Think of malignant as another word for cancer. When a cell or group of cells invade adjacent structures and/or spread and begin to grow in different parts of the body, the cells are considered malignant and the patient is diagnosed with cancer.

What does Benign mean? / Definition of Benign

Think of benign as the opposite of cancer. Sometimes cells grow more than they’re supposed to and push on the nearby tissues but they do not invade and they to not spread to areas far away. This type of growth is benign. Put another way, a benign growth is technically abnormal but it is usually not life threatening.

A good example of a benign breast tumor is a fibroadenoma. (See Evaluation – Something’s Wrong With My Breast). A fibroadenoma is the most common cause of a breast mass in women. They typically occur in women in their teens and twenties. Fibroadenomas occur as a result of abnormal growth and orientation of the supportive tissue in the breast. Under the influence of hormones, some of the supportive cells (the cells that support the breast and give it shape) enlarge, become more numerous and change orientation from straight or linear to circular. This results in a round mass or lump. A fibroadenoma is considered a benign tumor because although it can become quite large, it does not invade neighboring structures and does not spread to other organs.

Another example of a benign tumor is a skin tag. Skin cells are supposed to grow in flat sheets. Baby cells start in the deep part of the skin and move up to the surface as they mature. Once they get to the top or surface of the skin, mature skin cells are programmed to die and fall off. This process takes 2 to 4 weeks. Sometimes however, instead of falling off, mature cells stack up on top of each other and form a skin tag (like a horn). Although skin tags are technically abnormal growths they are considered benign because they do not invade their neighbor or spread to distal sites.

This is the million-dollar question. If I knew the answer I would win a Nobel Prize! There is probably no single event that causes a normal cell to become malignant. More likely, it’s a combination of events or “The Perfect Storm” such as genetic predisposition and events in the environmental occurring at a pivotal time that results in changes to the DNA or blueprint of a cell causing it to grow and behave abnormally.

What are the different types of cancer?

Cancer is a disease that affects cell growth and behavior. Cancers have different names depending on where the abnormal cells originate.

For instance, if a cell originating in the breast such as a ductal or lobular cell becomes cancerous or malignant we would say the patient has breast cancer.

If a cell in the bowel becomes cancerous/malignant we would say the patient has colon cancer.

If a patient has a tumor in the liver and a biopsy shows that the tumor cells look like bowel or colon cells, we would say the patient has colon cancer that has spread or metastasized to the colon, in other words, colon cancer metastatic to liver. 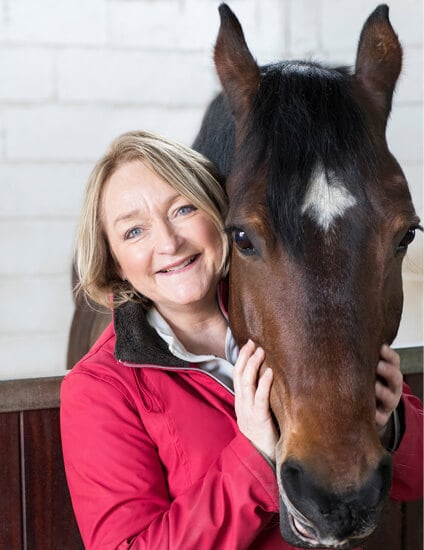 What is a metastasis? / Definition of Metastasis

Unlike normal cells, cancer cells have the ability to break off the original tumor and survive the journey through blood and lymphatic vessels. Because they are mutated cancer cells can dodge the immune system, take up residence in far away organs such as lymph nodes, liver, brain, etc. and start to invade. Cells that originate in one organ and invade another organ far away are called metastases.

How fast does cancer grow?

A person does not go from being completely healthy to having cancer over night or over a few months. Cancers grow at different rates, but as a general rule a 1 mm cancer contains about 1 million cells and it takes years for a cancer to reach this size.

What is the smallest size cancer can be detected?

Broadly speaking, a tumor needs to be at least 1 mm before it can be detected on imaging such mammogram. In the case of PET scans (Positron Emission Tomography),tumors must be greater that 10 mm (1 cm) to be detected.

How long has cancer been present before it is detected?

Most of the time, cancer is detected when a patient or their doctor feels a tumor or the patient has symptoms. By the time cancer is visible to the human eye it’s probably been present for at least 6 years. Even if detected early with screening mammogram, cancers have been present for several years before they are diagnosed. They were just too small to be seen with current technology.

What are the treatments for cancer?

The tools we have to treat cancer include: