In a breast biopsy, tissue is taken from the breast and examined under the microscope (usually) to determine whether or not cancer is present. Basically there are 2 techniques: Fine needle aspiration (FNA), image-guided core needle biopsy, excisional biopsy, incisional biopsy. Get the best breast biopsy Houston has to offer with Dr. Miltenburg and her expert team at Breast Health Institute Houston.

Fine needle aspiration (FNA) is the least invasive biopsy technique. It is often used when the doctor suspects a cyst (see “There is something wrong with my breast”) or to biopsy a lymph node. The problem with FNA is if malignant cells are seen, the pathologist may not be ale to tell if the cancer is invasive or non invasive. This distinction is very important because it guides treatment decisions. So if cancer is diagnosed on FNA, additional biopsies may be necessary.

This technique is used when an abnormality is seen on breast imaging such as mammogram, ultrasound or MRI. If mammogram is used to guide the breast biopsy it’s called a stereotactic biopsy. Otherwise it is called an ultrasound-guided core needle biopsyor MRI-guided core needle biopsy. The procedure is usually done by a radiologist but can also be performed by a surgeon.

The skin is cleansed and the area is usually (but not always) anesthetized with local anesthetic. A small nick is made in the skin with a scalpel;a needle is inserted into the area of concern and several very small cores of tissue at removed. The doctor will take 3 cores or more, as many as necessary to be confident about the pathology results.

What to expect on biopsy day

This is what I tell my patients: If the pathology shows cancer, well, you have cancer. But if the pathology is benign, we need to be 100% confident that the correct area was biopsied. Otherwise, we will have a false negative biopsy and that is a disaster.

A tiny titanium tissue marker (clip or chip) is placed in the area of the breast where the tissue was taken from. A mammogram is taken after the biopsy (post-biopsy mammogram) to document that the clip is in the correct position. Clip location should be recorded in the procedure note. Rarely, the clip is not in the correct position and when I tell patients that this can happen they are horrified. But it doesn’t panic! It doesn’t happen very often and even when it does it is not the end of the world (nothing is perfect). What’s important is that we know where the clip is in relation to the area of concern(that’s good medicine). We can take care of “malpositioned” clips.

The pathology report must be interpreted along with the procedure note.

The procedure note is only complete (signed off) when the doctor who performed the biopsy, in my practice it’s the radiologist, has reviewed the pathology report. That’s why it may take 6 or 7 days to get the official result. It’s not because the system is inefficient, it’s because quality work takes time. The radiology biopsy procedure note should comment whether the pathological diagnosis is concordant or discordant with the findings on imaging.

When results are concordant, the findings and recommendations are taken at face value.

Findings are discordant when the imaging and pathology don’t fit. An example of this is a BI-RADs 5 mammogram and a pathology report showing fragments of a fibroadenoma. In this instance the radiologist expected to find cancer but got a benign diagnosis. The scenario is discordant and the usual recommendation is surgical removal.

Checks to be sure a negative breast biopsy is a true negative and not a false negative:

This may be referred to as anopen surgical biopsy.

An excisional biopsy / open surgical biopsy can done with or without localization.

Breast lesions that cannot be felt (palpated) on physical/clinical examination but are only seen on imaging need wire-localization.  A very thin guide-wire is passed through the skin into area of concern. The patient is awake for this. After localization the patient is taken to the operating. An incision is made in the skin, the wire is followed to the mass or calcifications and the tissue is removed. Most of the time, the specimen is X-rayed to be sure the correct spot was removed. Then the tissue is sent to the pathologist for “biopsy”. The incision is sewn closed; the patient wakes up and goes home the same day. The surgery takes about 1 hour. Recovery is 2 to 3 days. 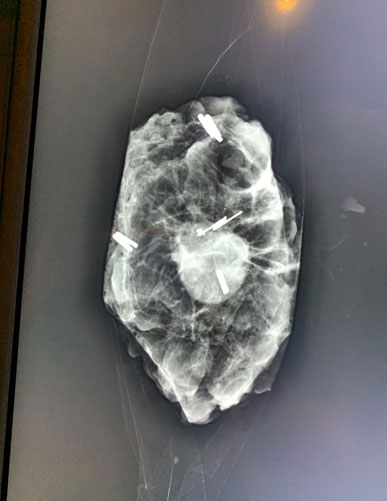 In cases where a breast mass is easy to feel, it can be surgically removed without localization.  An incision is made and the mass is removed using special scissors or electro cautery or similar device. The tissue may or may not to X-rayed, depending on the circumstances. The tissue is sent to the pathologist for “biopsy”. The incision is sewn closed; the patient wakes up and goes home the same day. The surgery takes about 1 hour. Recovery is 2 to 3 days.

If the breast mass is large, only a part of the mass can removed. This is an open incisional biopsy. 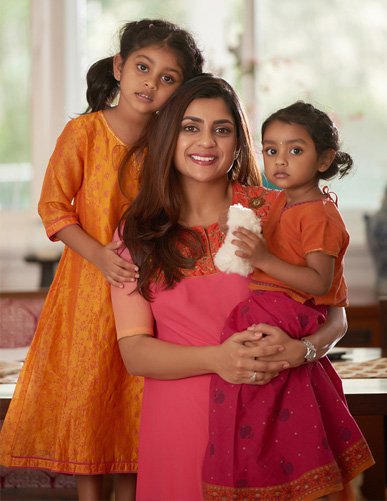 Mammogram
Something Is Wrong With My Breasts
Breast Biopsy